by Book A Workshop

There is power in letters, and there is power in the hands that write them. Calligraphy has forever been a significant part of our culture; we can easily see its remains in antique manuscripts and paintings. The world of calligraphy has never been limited to a culture, place, or art. It is indeed a vast unexplored ocean that never fails to amaze us.

Calligraphy is a visual art related to lettering and writing. It is an art that uses signs to express emotions skillfully. It encompasses the designing and execution of writing or lettering using tools like a pen, pencil, or even brushes.

Who is Achyut Palav

Achyut Palav was born and brought up in Mumbai. He completed his graduation with a specialization in typography and lettering from Sir J.J. Institute of Applied Art in the year 1982. In 1984, he did a credit thesis on the ‘Modi Script,’ which helped him earn a research scholarship from Ulka Advertising. He has also learned and worked with some of the world’s very well known calligraphers like Professor Werner Schneider from Germany and Late Shri R. K. Joshi.

A very talented yet humble person, Achyut sir’s contributions to the calligraphy world are enormous. He has won over 30 awards since the year 1992 and has worked on many art collections as well. In a world dominated by technology and the electronic medium, Achyut sir has made plenty of contributions in developing the art of calligraphy in the Indian folks. He has also demonstrated Calligraphy in Devanagari and Roman in various workshops held in India as well as around the globe.

Achyut Palav is not just a master calligrapher; he is a very well known painter as well. His work ranges from contemporary masterpieces to traditional calligraphy. He has also been part of experiments that included blending scripts and the fusion of calligraphy with performing arts like dance and music. He loves to experiment with textures and mediums as well.

Achyut Palav, a master calligrapher and a great artist, shares his vision about elevating handwriting status to a potent art form. There is a hidden subtlety and emotions behind words, and he captures their energy in a very artistic manner. He goes way beyond putting pen to paper and forms an expression or style out of it. He has made it his life’s mission to give Indian Scripts the honor that they deserve. Watch him share his passion for Devanagri calligraphy in our recorded workshop.

Achyut Palav has also made outstanding contributions to fields like architecture, electronic media, interiors, advertising, events, fashion, and many more. Many organizations, as well as prominent people, have his work in their personal collections. Two of his paintings have been displayed in the Stiftung Archives, Germany, and the Contemporary Museum Of Calligraphy, Moscow. His artworks are also a part of the archive in Germany at the Klingspor Museum. A piece of his artwork was also donated to Karlgeorg and Maria Hoefer at Schreibwerkstatt Klingspor in Offenbach.

When we talk about Indian Calligraphy, Achyut Palav is always the first name that comes up in any discussion. This Master Calligrapher has contributed a lot in bringing traditional as well as modem calligraphy closer to everyone’s heart. Achyut Palav is an Award-winning calligrapher who has been in this field for over 40 years, but even today, he says that he has just begun his journey and has a long route ahead.

He has many worldwide prestigious participation and invites to his credit. He was also invited to be a part of a delegation for a cultural and social exchange program to Algeria by India’s government. His exhibitions titled Om and Allah, Surya, Silver Calligraphy are loved and appreciated by all art lovers. He has also established India’s 1st calligraphy Institute called ‘Achyut Palav School of Calligraphy’ in Mumbai in 2009. This school hosts Califest- a calligraphy fest in Navi Mumbai.

How To Learn Calligraphy

Learning calligraphy has multiple advantages but choosing where to learn it is indeed an arduous task. You have to invest your time and money to acquire skills, and investing in a wrong resource does more bad than good. You can easily find many resources online on calligraphy, which usually contain very general information.

If you are keen on learning the art of calligraphy, let us assure you that you are in the right place. Our Pre-recorded Workshop is loaded with everything that you need to know about calligraphy. It contains all the techniques in an easy to understand fluidic manner. We have made sure to cover everything from the basic to the advanced methods. Get your workshop on Book A Workshop, India’s fastest growing micro-learning edutainment platform.

Visit Our Workshop About Devanagari Calligraphy And Join The Workshop On Demand Today! 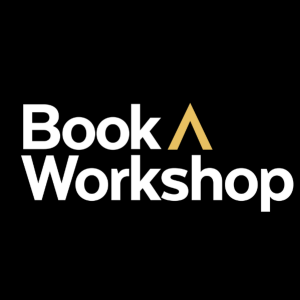 Book A Workshop is a global platform for online curated workshop experiences delivered by industry experts. We connect individuals to the industry insiders and experts so that they can learn from their idols and grow in their fields! We’ve been able to reach out to people from ages 18-60 in 47 cities and 15 countries and growing! We are a community of 1000+ global learners and 50+ experts across various fields, having delivered 100K+ Hours of invaluable learning!

A Beginners Guide To Learning Wine

Top 10 Cocktails You Can Make Under 10 Minutes