by Yash A Khatri

Calligraphy is a beautiful lettering art form all of us wish to learn. Did you know that calligraphy is one of the most ancient art forms still practiced at scale in the modern world? Calligraphy, as an art form, is much more complex and profound than just simple lettering. Here are 10 things you didn’t know about calligraphy.

1. The English Word ‘Calligraphy’ Did Not Exist Till 1613

Calligraphy is an ancient art form and has been historically practiced across East Asian, European, and Arabic countries. The lettering art form was also practiced in English speaking countries since times immemorial. The word “Calligraphy” did not exist till 1613. Historical records suggest that the word “Calligraphy” was used by the English speaking population to define lettering art only since the year 1613.

The English word “Calligraphy” finds its origins in Greek and is derived from two Greek words ‘Kallos’ which means ‘beauty’ and Graphien, which means ‘to write’. Thus literally translated, the term ‘Calligraphy’ means beautiful writing. And this is one instance when we do not mind the literal translation at all.

2. Calligraphy Is An Intangible Cultural Heritage

The United Nations Educational, Scientific and Cultural Organization (UNESCO) maintains a list of important cultural legacies known as the ‘Representative List of Intangible Cultural Heritage of Humanity’ One will find listed records of artifacts, customs or art forms belonging to various cultures which are indivisible and integral part of specific cultures.

Calligraphy focuses on the aesthetic representation of alphabets, letters, and words. This is achieved by developing a contrast between thick and thin lines and lettering with pens, brushes, or other tools.

One of the most basic calligraphy principles dictates to let the upward strokes be thinner than the downward strokes. This alternating pattern of thick and thin strokes provides alphabets with a sense of flowing design structure, making them more pleasing to look at.

Master Calligraphers ideally achieve the alternating thickness or thinness of the lines by manipulating their brush or the pen in single upward or downward strokes. However, beginner calligraphers often take time to achieve such mastery over their craft. Therefore, a preliminary method that a beginner calligrapher learns before advancing into the art form’s complexities is ‘faux calligraphy’.

4. Indian Constitution Is A Calligraphic Artwork

Some may think of the field of law as a dry and uninteresting field. Did you know? The original English and Hindi manuscripts of the constitution of India are written in the calligraphic art form?

5. We Are To Thank Calligraphy for Computer Fonts

We use the beautifully crafted fonts in our computers to imbibe our text with emotional and other forms of expression on numerous occasions. Designing an Instagram post is never complete without trying out various fonts until we are satisfied with one that fits. However, did you know that we have to thank the art of calligraphy for the beautiful thing that we call fonts?

The Macintosh (popularly known as the Mac) revolutionized personal commuting. It was also the first-ever personal company with beautiful typefaces and fonts that end-users could utilize with ease.

Apple co-founder Steve Jobs has mentioned in multiple speeches and interviews that the lessons of calligraphy that he took were the only reason that he thought of adding beautiful typefaces and fonts to Apple’s personal computer Macintosh.

In his famous Stanford commencement address, Jobs mentioned that Macintosh would never have had multiple typefaces and proportionally spaced fonts if he had not attended the calligraphy class during his younger years. You have an opportunity to learn calligraphy from master calligraphy Achyut Palav.

Soon after Apple introduced calligraphy inspired fonts in Macintosh, other companies followed suit. Fonts became part and parcel of the personal computer. Therefore, it is only because of calligraphy that today we can scroll down the unending list of beautiful fonts in our word processors.

Although it was not called by this name back then, Bollywood has had a rich history of commercially successful films since the early 1930s. However, digital printing was in commercial use in India until the 1990s. Therefore, calligraphers used to handwrite the film titles on movie posters, banners, and even marketing booklets. The calligraphy movie title banners and posters are auctioned even today as valuable and priceless collectibles and memorabilia.

Titles on the banners and posters of many famous Bollywood movies like Evening in Paris, Abhimaan, Ashirwaad, and even the modern day films like Dil to Pagal Hai have elements of calligraphy imbibed deep within their design.

7. Calligraphy Is A Spiritual Art Form

Many Islamic countries have a special reverence for the art form of calligraphy. Calligraphy in these countries developed as a medium to attain oneness with the almighty.

Calligraphers would assimilate the words of Prophet Muhammad or the verses from the Holy Quran and use calligraphy to express their spiritual experience of these words in beautiful letterings. It is said that these calligraphers would often get lost in a meditative trance while lettering the divine words on parchments.

Arabic or Persian calligraphy has also been an essential part of Islamic architecture. Many historical monuments are seen bearing inscriptions made by the then skilled calligraphers. Even today, calligraphic art holds a place of immense respect and reverence in many Islamic nations.

8. Calligraphy Brushes Can Be Rather Exotic

Calligraphers use a variety of different tools ranging from cut-nib pens to brushes. We can trace the use of brushes for calligraphy back to times immemorable. Calligraphy brushes come in a multitude of different forms. The usage varies according to the purpose and quantity of calligraphic material to be produced.

In modern times, brush hairs are most commonly made out of synthetic materials. However, in the olden days, people made brush hair primarily out of natural animal hair. The most common animal fur used to make calligraphy brushes was the Siberian weasel fur.  However, more exotic kinds of brushes are also made from tiger fur and even swan’s-down.

Russian calligrapher Viktor Saliev uses metal as a medium to create calligraphic designs and art forms. He has made many such artworks by engraving and etching on metallic pieces, representing calligraphy in a rather unique and contemporary perspective. Other mediums used by artists throughout the world as mediums of applied calligraphy are glass and ceramics.

10. There Are At Least Four Dedicated Calligraphy Museums

The Naritasan Calligraphy museum of Japan consists of about 250 works of calligraphy. Some of these works date back to the 1600s.

Austria’s museum for calligraphy and small graphics is a private museum founded by calligrapher and graphic artist Leopold Feichtinger.

The Sharjah Calligraphy Museum is located in the United Arab Emirates and is the only museum dedicated entirely to the art of calligraphy.

We’re confident that you know more about the art of calligraphy than you did before reading this article. Achyut Palav, master calligrapher teaches you everything you need to know about in our pre-recorded workshop. Grab your spot today and learn a new hobby in 2021! 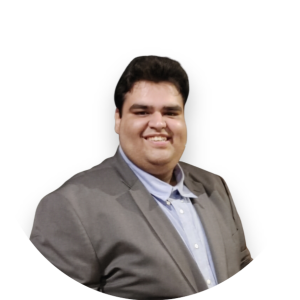 Hey, I'm Yash A Khatri, content marketer, online marketing consultant, and brand builder. I am the chief editor and lead the digital initiatives at Book A Workshop, India's fastest growing edutainment platform. We at Book A Workshop aim to change the way people learn one workshop at a time. We provide unique learning experiences driven by celebrities + experts

A Beginners Guide To Learning Wine

Top 10 Cocktails You Can Make Under 10 Minutes